The day was crisp. It smelled of Winter coming. The Old Sage of the Forest was sitting beside the Lake of Li. All of a sudden the cold air was replaced by a warm breeze. “Ah!” he told himself, “He is come” As he tuned in to the vibration, he felt a warmth and a shiver come over him. The warmth was spreading through his breast and the shiver was in his abdomen. “This one is special”, he whispered to himself. “This is what I have prepared for all these lives. “  He sat in stillness and silence beside the lake to await him. In the distance the waterfall crashed down into the waters and the air became alive.

At the edge of the Forrest of Kan, the boy dismissed his escort and stepped forward to the fountain. The royal guards had expressed their concern for the 13 year old, left alone on the verges of the forest, but the son of the Emperor waved aside their concerns as he had dismounted from his horse. “I am the son of the Emperor. It is my duty to study with the Old Sage of the Forest. One day, I shall be Emperor and I must be brave and endure my challenges, for my Father has sent me, as was he, and his father before him, to receive the tutelage of the Old Sage on his 13th birthday.”

He stepped up to the spring-fed water fountain at the small opening in the woods where a path entered the dense forest. The forest was almost completely hidden by a dense fog that appeared as the boy had arrived. “I am Immortal, I am Infinite, I am Eternal, I am Universal” he declared, as he had been instructed. As he cupped the sweet tasting water in his hands, the fog parted just enough to reveal the path. He stepped into the fog and it parted in front of him. His heart was pounding. It was getting cool. The night was not far away. He stepped, and the fog parted. 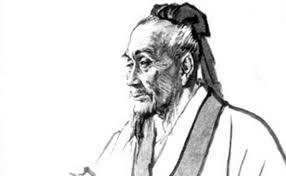 Blessings. Blessings and Peace to you all. May the Living Spirit that is in all Life come forward and touch your heart, and enter your breath. I am Old Chinese. Who are you? What is your work in the world? Why can you not forgive? What is it that affects you and keeps you in bondage to the past, to the pain. What do you want? What do you not want? Why do you run away, hide, pretend.

Are you ready to face yourself?  Are you willing to embark on a journey of discipline and power that can bring you the freedom you seek, and allow your life to flow with ease and grace. It will require that you become a warrior; a spiritual warrior. It will require that you cease judging, open your heart, be courageous, face life as it is, and no longer allow the old story to run your life.

The one writing and I have embarked on a new journey together. To allow the ancient wisdom of the Taoist schools of Old China, the understanding of the modern mind and the practice of disciplines adapted to the world in which you live, to blossom in you. It will be an exploration of your inner self so that as you shine the light there, it grows and never again diminishes. This is what the Introduction to Spiritual Warriorship is for and about. 7 weeks of introduction, then we take the next step. Technology allows you to listen to the program from a phone or computer. We look forward to meeting you, and telling you more of the story of the young boy and the Old Sage.

Unfortunately the links to the individual recordings are no longer valid. If you are interested in listening to them, contact me and I can send them to you